Update: November 20th
Just in case you’re looking here for a cancellation because you’v got cold feet, you are sadly mistaken. There are perhaps 1 or 2 controls that might be missing, I’ll just blame Tom Spencer for that. There is no reason to think the Rogaine won’t be on. Weather for Thursday-Sunday is good.

Update: November 19th
Competitor Briefing and Indemnity Form are now available. I’m sure I’ve made a mistake or left something obvious out. So please e-mail.

You will find your Team Number HERE

Update: November 11th
Yet more new tracks discovered!!! it’s true, seriously, although this one is not going to be on the map but will be for a different rogaine.

Entries will be open till about the 16th but if you ask, then on the day is also possible. ie I know there is a team waiting until they get back from Antarctica the day before and that’s a bit marginal for them.

6 Hour – this is a non-championship event, it’s just a taster and solo will be accepted.

There are 80 controls to place in the next 13 days (if the flags arrive). 3 Setters, 5 outings, 3 hours/outing, 45 Hours. The last controls will be placed just before you start.

edit: There will be an e-mail sent out to all participants early next week with any info, but it’s more likely that anything useful will be found here.

Update: November 4th
Yet more new tracks discovered!!!! <- yes that is what the last update said as well. Last week though tracks disappeared. Last weekend was a monumental #$%#$$##$, 3-4 hrs were best described as “unpleasant”. So that section has gone, but today’s section is definitely IN, and yesterdays. While I might have had 15 years running around this terrain I’m still finding stunning spots and getting a buzz from some of the locations.

Entries:
In theory entries close on the 16th with a late fee from the 12th. We can fiddle with that a little bit as the caterers are quite well organised for a certain number and the maps are going to the printers on the 19th. But please, I know there are a number who have not entered who are going to, please get them in and fill out any transport and accommodation requirements (Transport/Bunks) so that I can sort out arrangements for that.

6 Hour:
this will be a great taster for what a 24hr can be like. There is an enormous range of areas that can be visited, but it’s not the typical 6 hour where controls are 10-15 minutes apart, think more like 30 minutes. And then enjoy some lovely pulled pork burgers (or vegie) at the finish.

Patience will be a virtue. 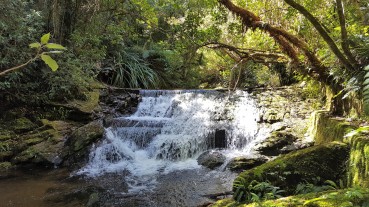 Update: October 20th
Yet more new tracks discovered!!!! This time in an area I thought I knew pretty well. Placed some tape here and there. GPS showed I went into the correct gully for a control but map and compass didn’t make sense, so took it out and placed it on a marsh near a vague track a couple of hundred meters away. Magic day out, gorse in full flower.

Map/Terrain: Information about the map and terrain has been added to the Map (see here) page.

Organisation: Traffic management has been dealt with, catering has been arranged with a local group fundraising for a trip to Sydney and the proposed menu covers all the bases but mainly it will be delicious and flavorsome, vegetarian, vegan and dairy is covered, anything else then let me know and I’ll see what we can do.

Transport/Accommodation: I’ve set up a google form (Your Details Here) that I’d like those flying into Dunedin fill in their details so transport can be arranged and bunks allocated. Priority is for those flying but we do have the ability to book extra cabins for those who want them. Otherwise, bring a tent.

Showers are available, as is the Kitchen on for all but the Sunday morning when the caterers will be using it. Please feel free to stay on the Sunday night and mop up the left-over food and have a quiet beer. We have the facilities until Monday morning.

Prizes: With the NZRA getting involved in regeneration of the Port Hills, prizes this year will be a continuance of that work and giving back to the community. Prominent local species (Totara, Fuschia and Broadleaf) have been sourced in excess of the number of categories required and any plants that are gifted back or that remain will go towards a local regeneration project on Signal Hill. MTB Otago have been involved in some of that work, and it’s their track building that has provided better access to some of the areas we are using.

6 Hour: The 6 hour is a non-championship event and is a good gateway to seeing what’s required for a full 24 hour. Start will be at the same time as the 24 hour on Saturday and use the same map, there will be plenty of options and guidance will available for any who want it. There will be plenty of time to explore large portions of the map.

Entries:  (edit: that was Saturday at the end of June) I suggest making the entry even if you don’t have a confirmed team mate but know you are going to be here.

Flights/Accommodation: I’ve kept and eye on Auckland Flights and they are regularly down to $83, Wellington is slightly less. Airport Transfers are included in your entry and priority for bunks is for the Australians and those flying, so doing the trip with carry on is possible.

Planning: Lots of behind the scenes work has gone on in the last couple of months. Contacts have been made with a couple support groups and hazard/traffic management. Access to a block of land that will make for some intricate mapping and hence navigating is being looked at. I had a night out with Tom Spencer on some of the trails and they are well cut and easy to follow, it also meant I upgraded a couple of sections of GPS. Tom has also helped map some areas of logging. New contours have been downloaded and aligned to the map for the planned extensions

Catering: Ooooh did I salivate when approached with a potential offer for the post event meal. Fingers crossed the group are keen, your taste buds will love you if it comes together.

Distances: much closer to the event I’ll post some information about speed of travel. In the meantime those who have seen the results from Heights of Winter and Greig Hamiltons’ maps with routes on them. In the last couple of days I’ve been working on “The Travelling Salesman” problem to find the shortest route to collect everything, still a work in progress on how to best fit that to a Rogaine, but the shortest possible route was 60.5km, however that isn’t the “best” route to collect everything. Nor have I been able to solve the problem when limiting the distance you want to cover.